We are organizing during this propitious moment, when legislators and citizens at every level are grappling with public needs in the face of insatiable prison spending, driven by retributive policies that have filled Oregon's prisons to overflowing and threaten to cost us hundreds of millions more over the next decade.

To join our listserve and receive updates and alerts click here to request an invitation:  https://groups.google.com/d/forum/oruuvfjcrime

You will receive an email invite to accept, and then an email confirming that you have joined.

A Declaration on Abolition by Oregon UU Ministers 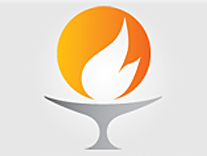 Read the "Declaration and Affirmation of Position on the Death Penalty from Oregon's Unitarian Universalist Association Ministers" here.

When Brute Force Fails:
How to Have Less Crime and Less Punishment
Mark A. R. KleimanOne of Economist's Best Books of 2009

Since the crime explosion of the 1960s, the prison population in the United States has multiplied fivefold, to one prisoner for every hundred adults--a rate unprecedented in American history and unmatched anywhere in the world. Even as the prisoner head count continues to rise, crime has stopped falling, and poor people and minorities still bear the brunt of both crime and punishment. When Brute Force Fails explains how we got into the current trap and how we can get out of it: to cut both crime and the prison population in half within a decade.

Mark Kleiman demonstrates that simply locking up more people for lengthier terms is no longer a workable crime-control strategy. But, says Kleiman, there has been a revolution--largely unnoticed by the press--in controlling crime by means other than brute-force incarceration: substituting swiftness and certainty of punishment for randomized severity, concentrating enforcement resources rather than dispersing them, communicating specific threats of punishment to specific offenders, and enforcing probation and parole conditions to make community corrections a genuine alternative to incarceration. As Kleiman shows, "zero tolerance" is nonsense: there are always more offenses than there is punishment capacity. But, it is possible--and essential--to create focused zero tolerance, by clearly specifying the rules and then delivering the promised sanctions every time the rules are broken.

Brute-force crime control has been a costly mistake, both socially and financially. Now that we know how to do better, it would be immoral not to put that knowledge to work.

Mark A. R. Kleiman is professor of public policy at the University of California, Los Angeles. He is the author of Against Excess: Drug Policy for Results and Marijuana: Costs of Abuse, Costs of Control.

"One way to make apprehension and punishment more likely is to spend substantially more money on law enforcement. In a time of chronic budget shortfalls, however, that won't happen. But Mr. Kleiman suggests that smarter enforcement strategies can make existing budgets go further. The important step, he says, is to view enforcement as a dynamic game in which strategically chosen deterrence policies become self-reinforcing. . . . It is an ingenious idea that borrows from game theory and the economics of signaling behavior. . . . Revolutionary."--Robert H. Frank, New York Times

"Mass incarceration was a successful public-policy tourniquet. But now that we've stopped the bleeding, it can't be a permanent solution. . . . [I]t requires a more sophisticated crime-fighting approach--an emphasis, for instance, on making sentences swifter and more certain, even as we make them shorter; a system of performance metrics for prisons and their administrators; a more stringent approach to probation and parole. (When Brute Force Fails, by the U.C.L.A. law professor Mark Kleiman, is the best handbook for would-be reformers.)"--Ross Douthat, New York Times

"'Big cases make bad laws' is a criminological axiom, and one with which Mark A. R. Kleiman agrees, in When Brute Force Fails: How to Have Less Crime and Less Punishment. Kleiman blames big cases and bad laws for another distinctive feature of American life: 2.3 million people are currently behind bars in the United States. . . . At what point, Kleiman wonders, will incarceration be a greater social ill than crime? He proposes, for lesser offenders, punishments that are swift and certain but not necessarily severe: a night in jail, instead of a warning, for missing a meeting with a parole officer, say, and ten nights the next time."--Jill Lepore, New Yorker

A Key Resource: Partnership for Safety and Justice

Another Key Resource:
Oregonians for Alternatives to the Death Penalty 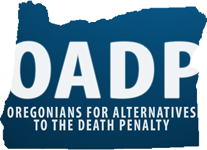 Along with PSJ, Oregonians for Alternatives to the Death Penalty is a key voice advocating for a more humane criminal justice system, one that recognizes that the cost of human errors are intolerable when you're talking about capital punishment.  Study after study, worldwide and in the US, shows that the death penalty neither deters crime nor delivers any benefits to the societies that use it -- which are mostly down to the US, Japan, and a small handful of totalitarian, repressive regimes.

·   The U.S. is the only country in the Americas to conduct executions. According to Amnesty International, only China, Iran, Iraq and Saudi Arabia execute more people.  But, the US, with its death penalty (DP), still has a higher murder rate than other developed countries without it.

·  Since restoration of the DP in the US in 1976, there have been 1,295 executions – but there have been 141 exonerations (proven mistakes) too!  That means, for every nine executions, there has been one exoneration. Would we tolerate that error rate with surgeons or the airline industry?  We can’t know how many innocent people may have been executed before their innocence was shown.  Recently, Troy Davis (GA) could have been one; Todd Willingham (TX) could have been.  DPIC has identified nine other cases where strong evidence exists.  The 141 people later exonerated spent an average of 9.8 years on death row.

·  In national polls, public support for the DP has shifted, with a growing number of people favoring penalties other than death. A “Smart on Crime” survey of 500 police chiefs point out that the DP does not deter violent crime and is wasteful of resources that could curb violent crime and reduce the murder rate; leading criminologists agree.  Find both studies at www.deathpenaltyinfo.org

· Amnesty International studies say that nine in ten people facing the DP cannot afford their own attorneys.  Many states fail to meet American Bar Association standards for appointment, performance and compensation of counsel for indigent prisoners.  In part, this is because death prosecutions are much costlier than in cases where the state seeks a “true life” (life without parole) sentence.  A North Carolina study found $2.16 million more in costs per execution than non-death cases with a true-life sentence.

·   In Ford v Wainwright (1986), the Supreme Court established that the DP is unconstitutional when imposed on a person deemed insane or incompetent to stand trial.  Atkins v Virginia established executing someone with “mental retardation” (“intellectual disability”) violates the 8th Amendment ban on cruel and unusual punishment.  The National Alliance on Mental Illness estimated that 5-10% of death row inmates have serious mental illness.

·  The DP is applied in a racially disparate way at every level in the US.  Of the nearly 3,300 inmates on death row today, 56% are people of color (44% are black).   And race is a factor throughout the process:  First, prosecutors are more likely to initiate the DP process in cases where the victim is white and the suspected person is black.  Studies show that the defendant is four times more likely to get the DP for murder of a white person than for killing a black person.

·  Over 75% of the murder victims in cases leading to an execution were white, while only 50% of murder victims nationally are white.  Race also affects the composition and behavior of juries.  In “black on white” murder cases, juries with six or more white male jurors issue a DP sentence 78.3% of the time.  Another level of racial disproportionality is reflected in executions. 12.9% of the U.S. population is black, but 34% of inmates executed since 1976 have been black.

· A California study showed that housing on death row costs $90,000/year more than housing for those serving true life.  The California Commission on Fair Administration of Justice estimate that the state’s current annual cost related to the death penalty approached $137 million annually.  If compared to a system of life without parole the costs to the state would be $11.5 million annually. See more cost studies at www.deathpenaltinfo.org.  (With support of former DP advocates, California just voted on replacing the DP with true life in the general election.)

· Many victim family members do not support the death penalty. They do not find “closure” when another person is killed. An execution only continues the cycle of violence and creates another victim family. An execution does not honor the memory of a murdered loved one for many family members. The membership of both Murder Victim Families for Reconciliation (MVFR) and Murder Victim Families for Human Rights (MVFHR) advocate alternatives to the DP.

· Alternatives to the death penalty include life without parole, life with parole after 30 years, cognitive rehabilitation, benefits and restitution for victim families, rehabilitation programs for the addicted, education and counseling for offenders, and strict confinement for violent offenders/ psychopaths incapable of living with others.